Aglaia Bouma is the author of two Dutch novels and several short stories published in literary journals and anthologies. Some of those stories have been translated into English and can be found below.

As an entomologist she enjoys photographing and filming insects up-close to share her fascination with these animals. Currently she's working on a second book about the wonderful world of insects, after her first 'Insectenrijk'.

The Lily, Heaven on Earth and Hot stuff can be downloaded and read for free. You can purchase the other stories for only $0.99, or buy an anthology containing 10 of Aglaia's best for just $1.99.

By using a macro lens even the smallest of bugs can be captured life-sized or bigger. You get to see the hairs on a butterfly body, the tongue of a bee or the fanning anennae of a mosquito.

Did you ever see a bunch of larvae hatching? Or a zombie ladybird? Always wanted to know all about the life cycle of the rosemary beetle Chrysolina americana? Now you can. In close-up. 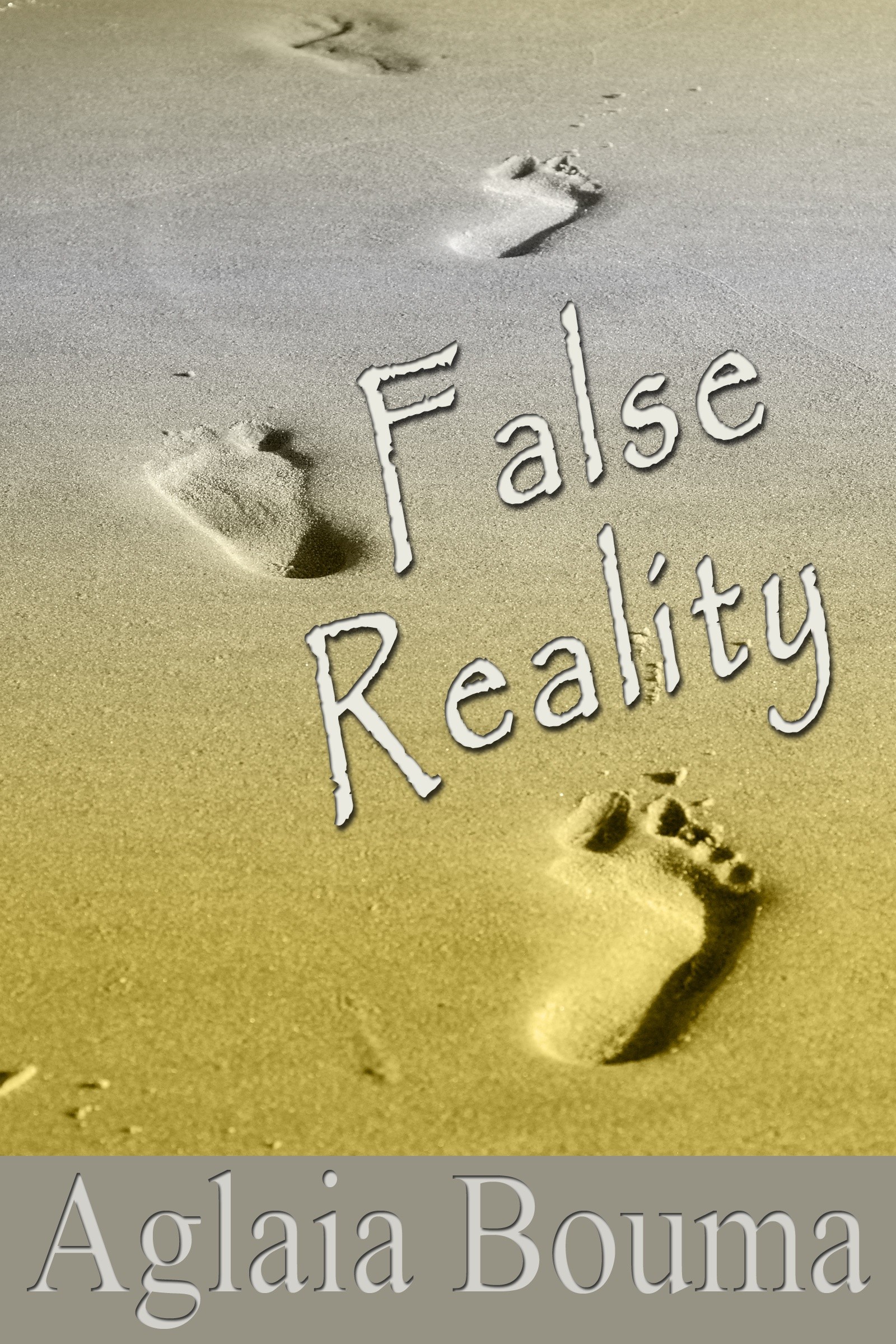 On his way to his brother, a man finds out the world isn’t what he thought it was.
How real are you really?
(Dutch version also published in anthology ‘Het geheim van de reiziger’ by uitgeverij Kontrast.) 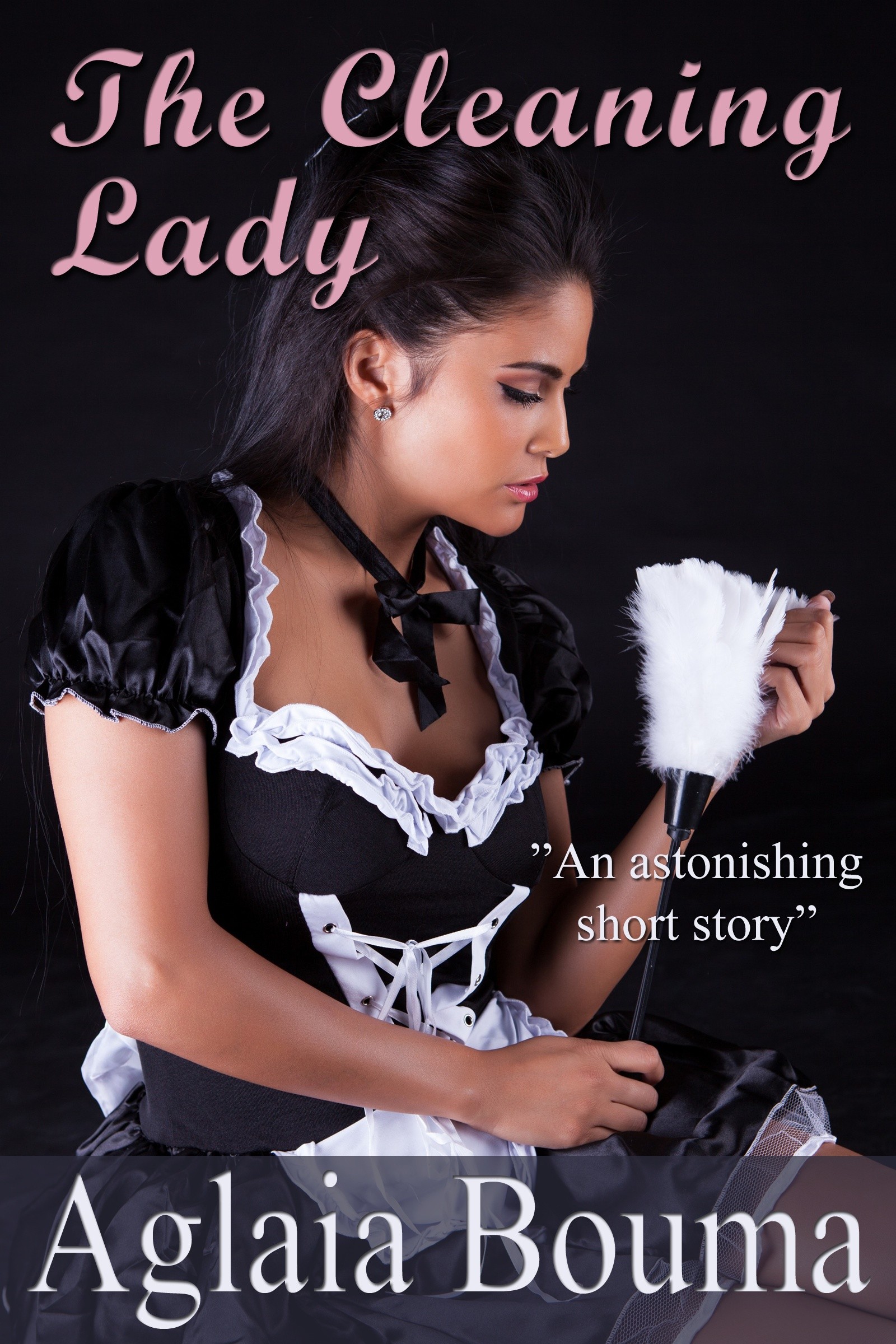 An astonishing short story about a cleaning lady who keeps finding strange notes.
How much are you willing to do to earn a living?
(Dutch version also published in anthology “In de voetsporten van de meester” by uitgeverij LetterRijn.) 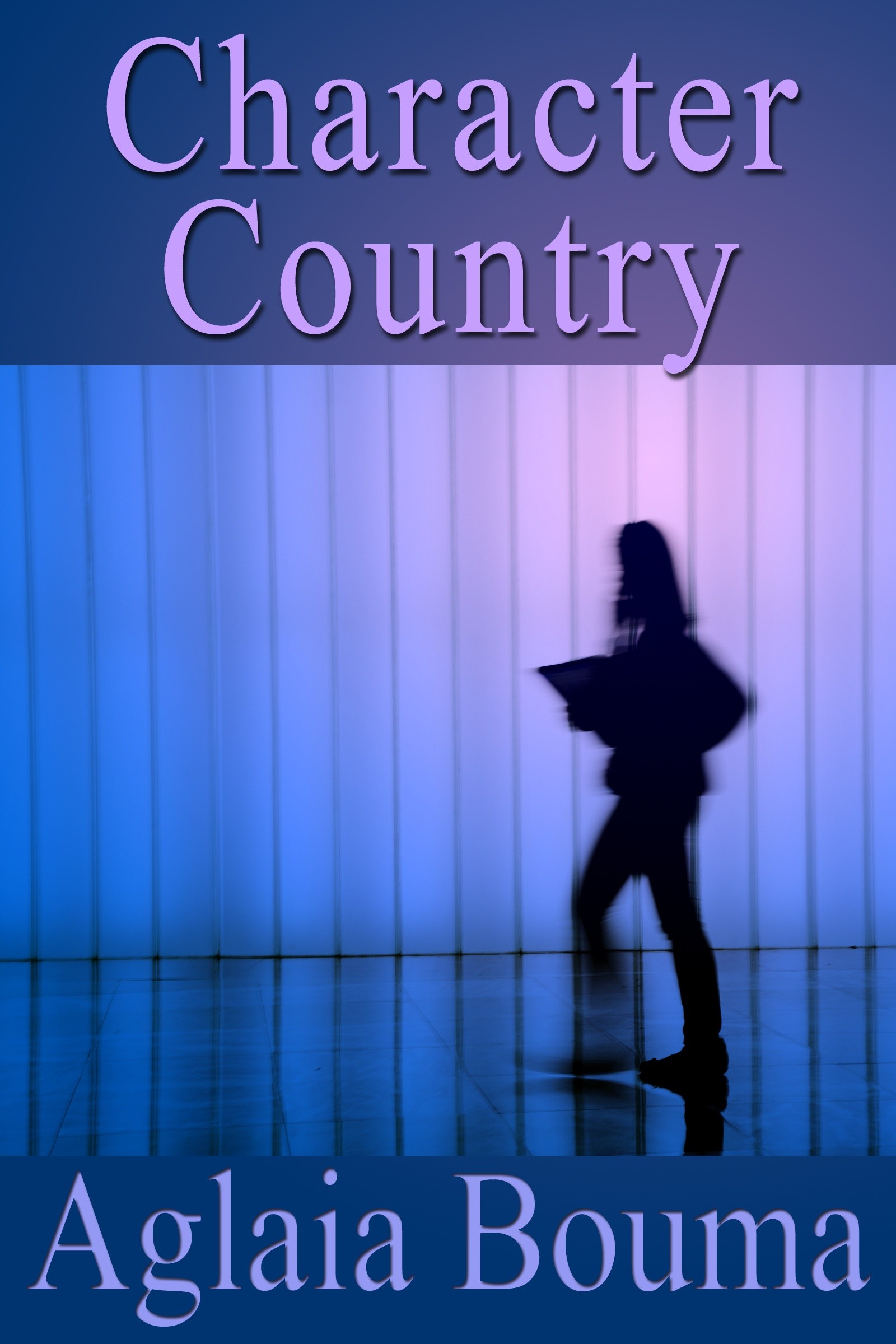 A miraculous journey through a world inhabited by a diversity of characters. 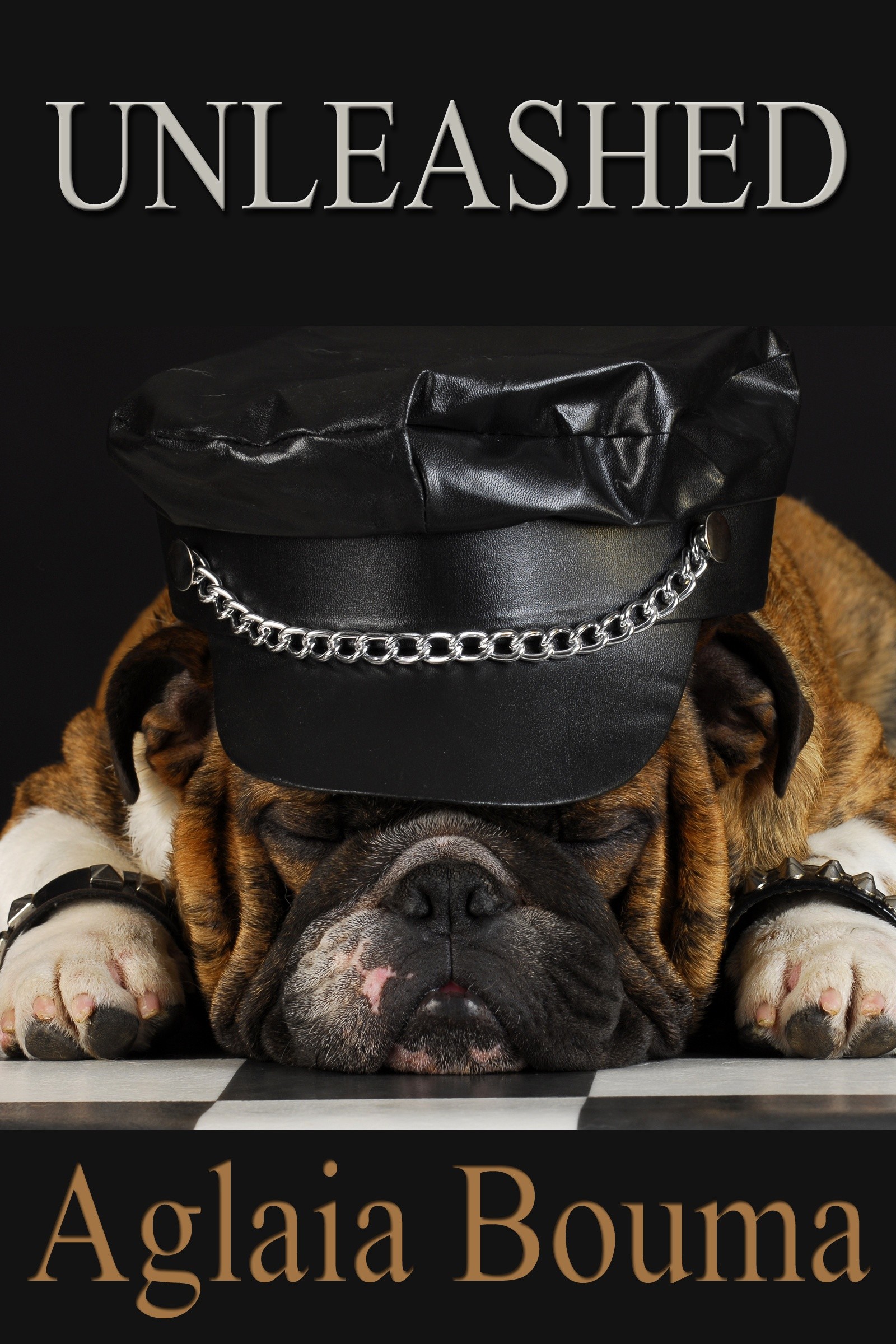 A dog is being taken away by its owner. Where are they going? And why?
(Dutch version of this story has been published in literary journal “Schoon Schip”.) 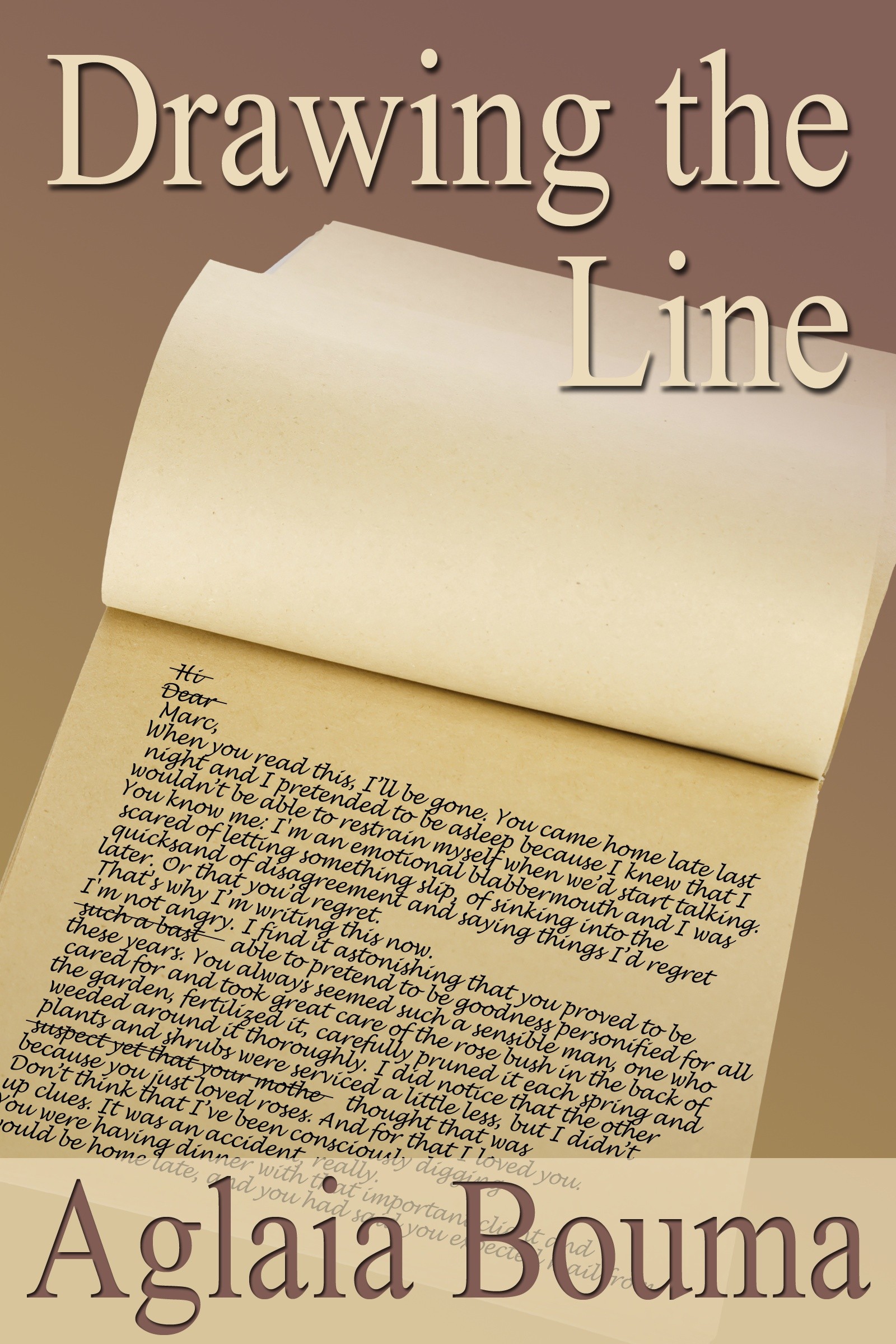 In a farewell letter to her husband, a woman explains what moved her to leave him.
Sometimes the real message is in what you don't say. 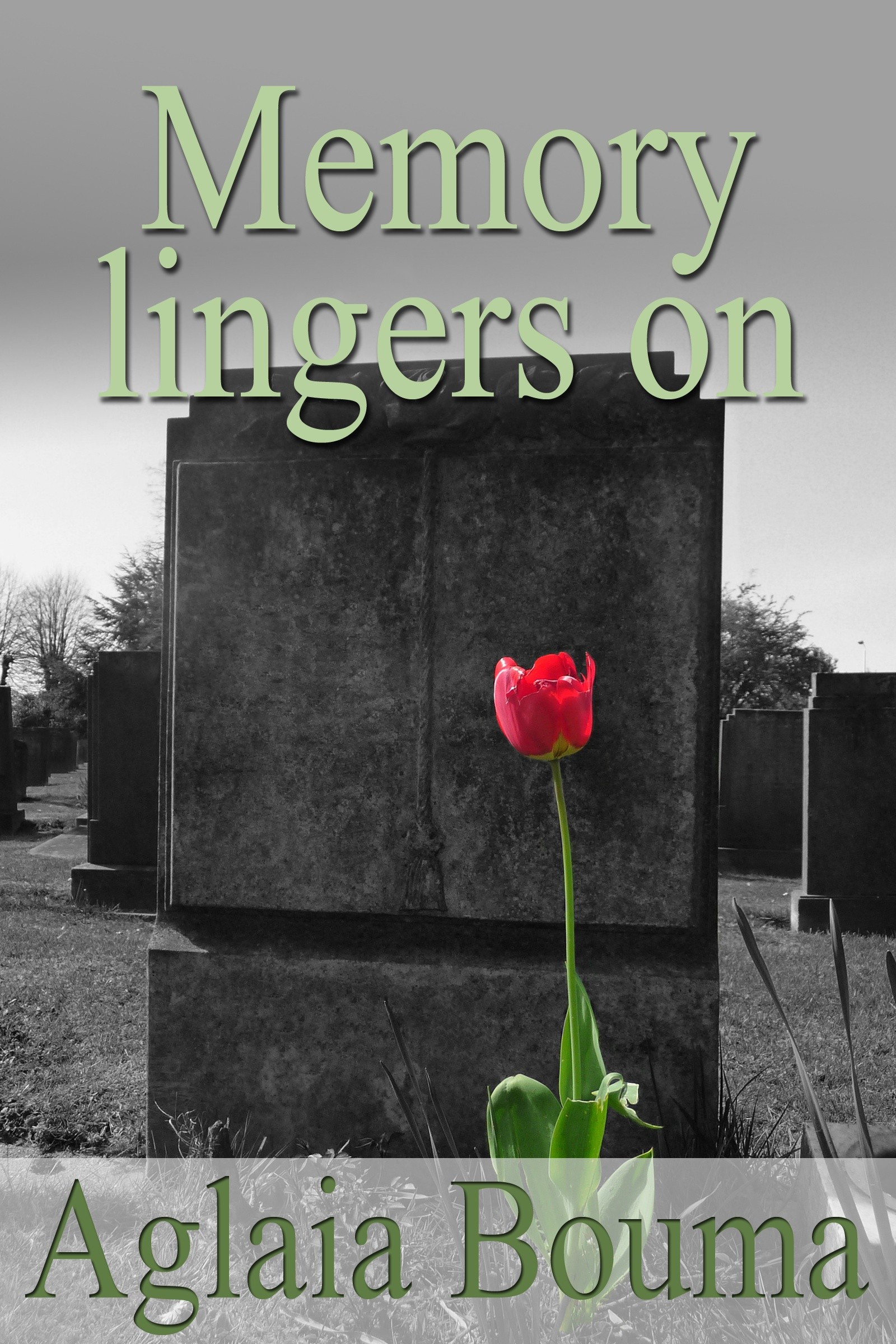 A deceased woman realizes she hasn’t really ceased to exist yet.
How do you want to be remembered?

With her greed, a woman incites her jealous new flame to take revenge.
What’s more important: matter or air? 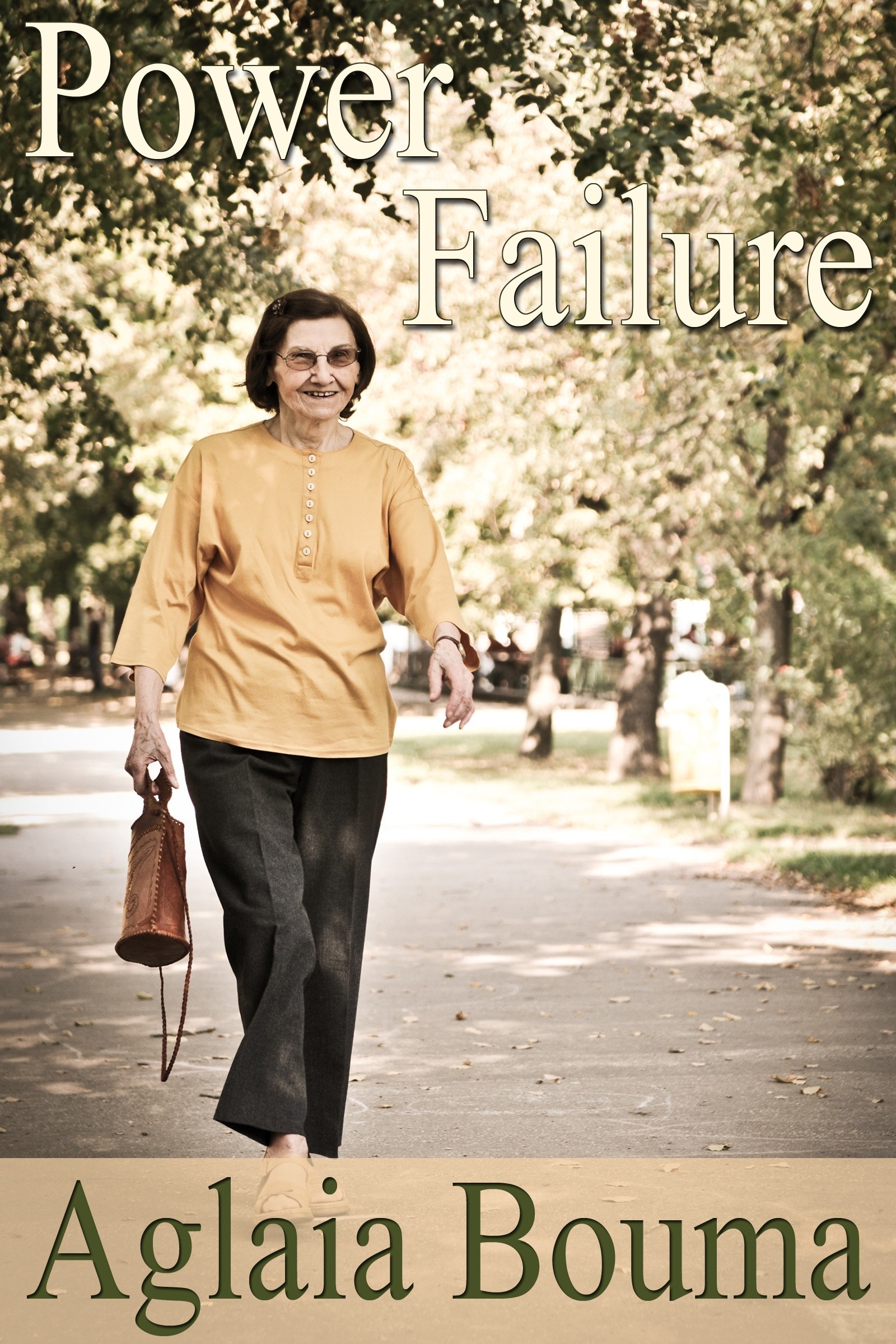 When visiting her dementing grandmother, a young woman is confronted with the finiteness of life.
What regrets will you have when the end is near?
(Dutch version of this story has been published in an anthology.) 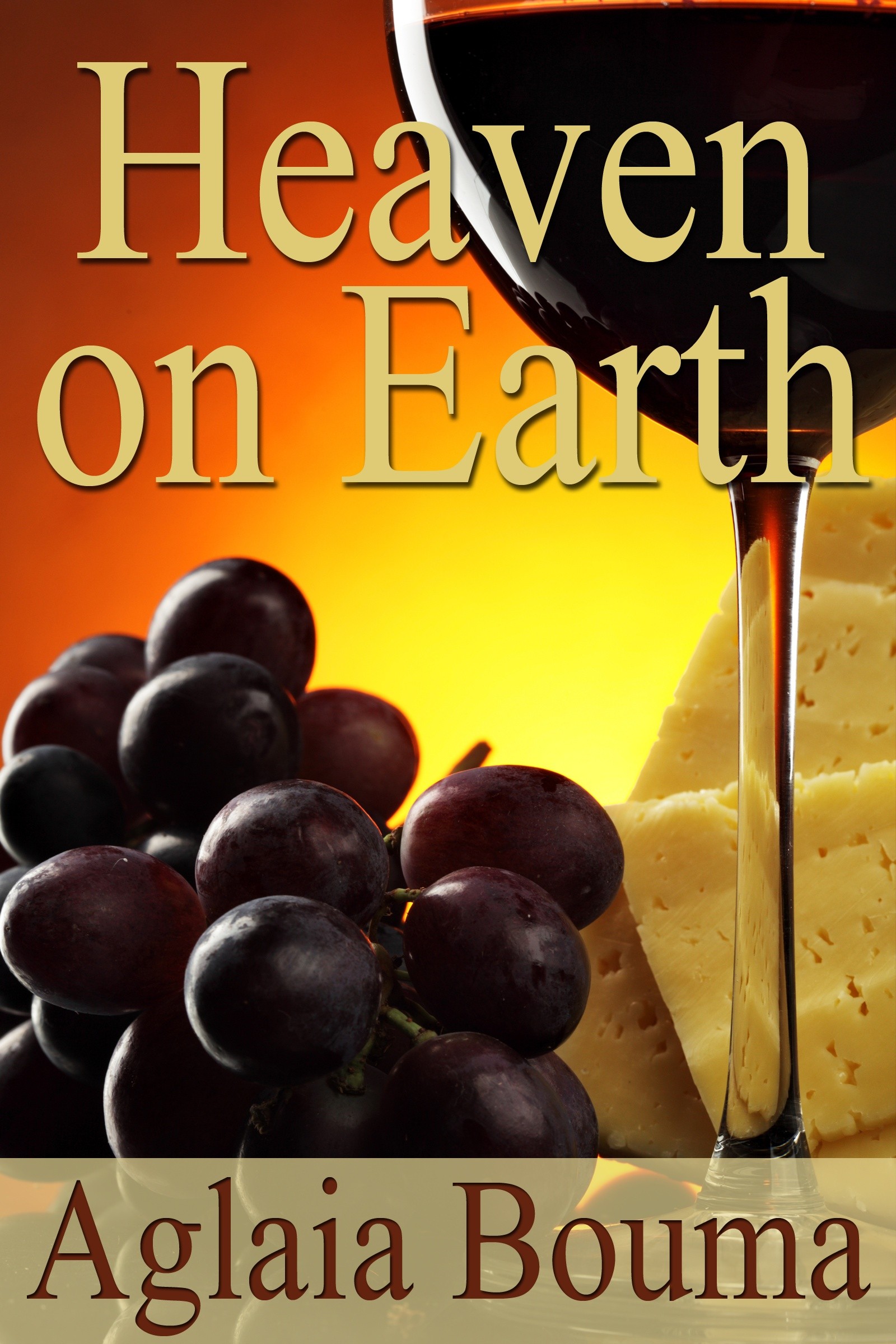 A woman overhears a conversation between two enigmatic old men.
Are they who she thinks they are?
(Dutch version of this story has been published in an anthology.) 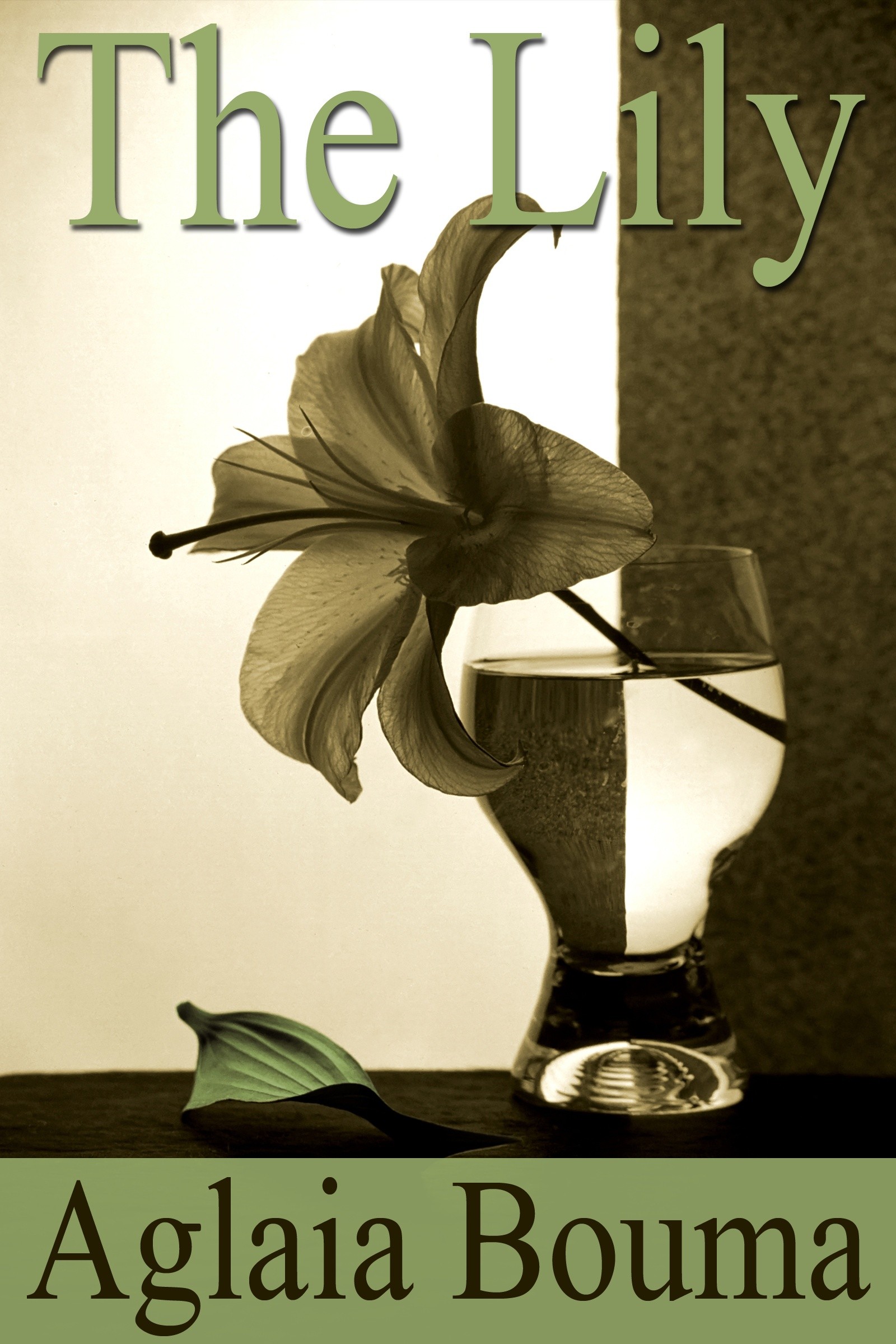 After a car accident a woman visits her seriously injured daughter in hospital.
What do you do when there’s nothing you can do? 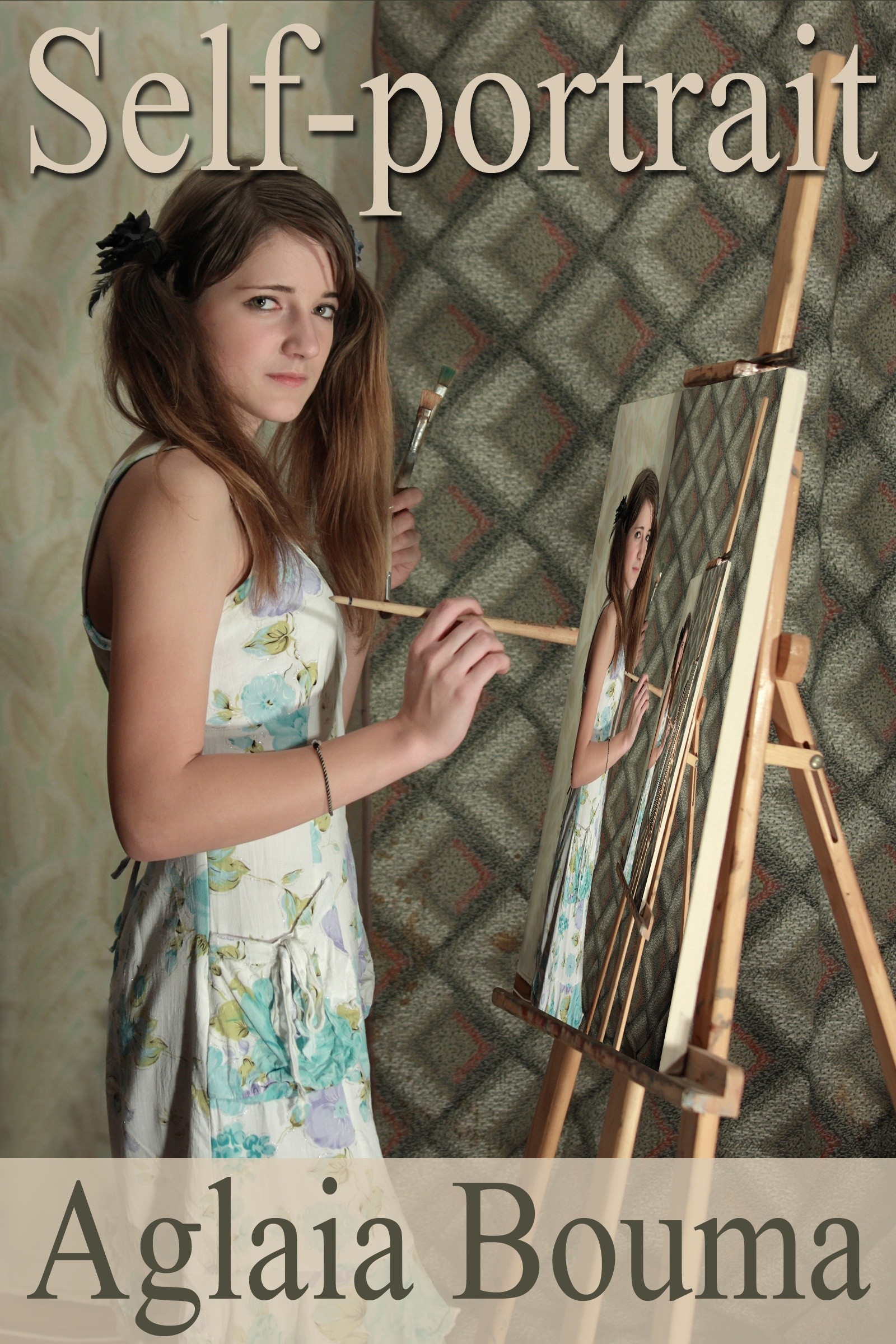 A colorless man paints a pretty picture of himself to the outside world.
How honest are you when showing yourself to others?
(Dutch version of this story has been published in a literary journal.)

Below are just a few photographs of insects, with some information added. Many more pictures can be found on Aglaia's feed on Instagram.

This small kleptoparasitic wasp lays her eggs in nests of solitary bees or wasps. The larva then eats the host's brood and the food stored for the eaten juvenile.

Flies belonging to the family Diopsidae can be found in the tropics and are easily recognized by the stalks on the sides of their head, which bear the eyes and antennae. Males with the longest stalks are considered the most attractive by the females.

The small white overwinters as pupa, so when this caterpillar was found in broccoli during the fall, it was fed until it fastened itself to the lid of its jar, molted one last time and became a pupa. It remained in the refrigirator during the winter...

...to eclose as an adult the next spring. In this picture she's expanding and drying her wings. You can tell it's a female because of the pattern of the spots.

The larva of a lacewing (Chrysopidae) is very useful against aphids. It often hangs the remains of its prey and other debris on its back. By camouflaging itself like this, it diminishes the chance of being noticed and end up as prey itself.

In the caterpillar of a moth (Spilosoma sp.) an egg had been deposited by the mother of the parasitoid wasp (Aleiodes sp.) in the picture. The hatched wasp larva ate the insides of the caterpillar, after which it pupated in the mummified skin.

With their large, strong forelegs mantises, like this one on Borneo, will grab anything they can handle. Sometimes the female eats the male during and after mating, but this certainly isn't always the case.
The species in this picture is very well camouflaged with forewings looking like dead leaves.

These tender, slender creatures are aquatic insects. Most people only see them after they leave the water they spent their life in as nymph. The males of this species have several eye structures, the most striking of these the "tulban eyes" on top of their head. Adult mayflies are short-lived, so finding a female fast is very important. Actually, reproduction is their only goal. They cannot even eat.

The paper wasp Polistes biglumis is a rare find in The Netherlands. It superficially looks like a yellowjacket, but isn't attracted to sugar. Its nests are a lot smaller and lack a paper casing.

This tiny planthopper nymph on Borneo produces wax in its behind for defense and to get rid of excess sugar from the phloem it drinks.

Below you can view some of Aglaia's videos. Find more on her YouTube channel to which you can subscribe as well.

The Life and Loves of Rosemary Beetles

The rosemary beetle Chrysolina americana is a beetle from the Mediterranean. It’s rare in the Netherlands, where Aglaia Bouma lives. As an amateur entomologist she's been studying this species. In doing so she got the chance to make seldom seen recordings of its life history, among which the hatching of a minuscule larva and pupation.

Surprises Hovering between your Vegetables

Watch a marmalade hoverfly Episyrphus balteatus eclose, up close. Many hoverflies resemble wasps or bees, making predators and humans afraid of being stung and thus avoiding the flies. This phenomenon is called mimicry.

The poplar leaf beetle Chrysomela populi doesn't distribute its eggs (like the rosemary beetle you can view above), but lays them grouped. In this video they're on the inside of the jar in which the mother beetle had been collected. Usually the eggs are deposited on the underside of a poplar or willow leaf. The larvae hatching live in social groups.

This victim of the tiny wasp Dinocampus coccinellae had been paralyzed for days, after the wasp's larva had eaten much of its insides and then crawled out. The wasp pupates inside a cocoon attached to a leg of the ladybird, which is forced to stand guard like a zombie, not able to do much except make some small twitching movements with its palps.
After five days, the paralysis (which is probably caused by a virus injected together with the wasp's egg) wore off, though the wasp hadn't yet emerged from its cocoon to which the beetle's legs still were firmly attached.
Only 25% of ladybirds being zombified like this survive the ordeal. Will this one?